Agentic, communal, and spiritual traits are related to the semantic representation of written narratives of positive and negative life events

Background We used a computational method to quantitatively investigate the relationship between personality and written narratives of life events. Agentic (i.e., self-directedness), communal (i.e., cooperativeness), and spiritual (self-transcendence) traits were of special interest because they represent individual differences in intentional values and goals, in contrast to temperament traits, which describe individual differences in automatic responses to emotional stimuli. We also investigated which pronouns were most common in relation to personality constructs that were significantly related to the narratives. Methods Personality was assessed among 79 adolescents at one point in time using the NEO Personality Inventory—Revised (NEO-PI-R) and the temperament and character inventory (TCI). Six months later, adolescents were asked to write down the most positive or the most negative event that had happened to them in the last 3 months. Adolescents were explicitly instructed to answer the following questions within their narratives: What happened? Who were involved? Why do you think it happened? How did you feel when it happened? How do you think the involved persons felt? The descriptions were quantified using a computational method in which the latent semantic analysis algorithm generates a semantic representation of the narratives. Results Only self-directedness, cooperativeness, and self-transcendence were related to the semantic representation of the narratives. Moreover, cooperativeness and self-transcendence were associated with less frequent usage of singular pronouns (e.g., me respectively mine). Conclusions Agentic, communal, and spiritual traits are involved when adolescents describe positive and negative life experiences. Moreover, high levels of communal and spiritual traits are related to less self-focused narratives. 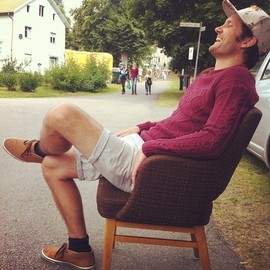